Part 2 of the follow your dreams stream of conscience. In this article hopefully you find some encouragement to start doing what you want to do and stop waiting on others to give you permission.

I got plenty of comments from friends about the last article and how they felt encouraged by the knowledge they weren’t alone in feeling stuck in their corporate jobs. In this article, I want to expand upon the idea that having dreams is a good thing. But I also want to shed light on the fact that accomplishing something big is really just the summation of a bunch of small steps and those small steps need to be constantly reevaluated to make sure the end goal is still worth pursuing. A little how to and the story of how our Dallas based video production company got rolling.

Here’s the thing… If you’re a Dallas wedding videographer in a land of wedding videos production companies and freelance videographers (which Dallas is & I hate that term “videographer”) and you’re wanting to get out of Dallas Texas to take jobs nation wide… that seems like a reasonable goal. Its attainable, its in or tangent to your current skills and can be simply broken into smaller steps… simply put, you stand a chance of making that happen with a little work. Not a very big dream but certainly attainable with a little planning and time.

On the other hand, lets say you’re still a Dallas based wedding production company in a land of of wedding production companies and you want to start a Dallas video production company that makes cinema quality media for theatre audiences nationwide. You want to direct the next Star Wars. Its certainly doable, the goal is attainable with a lot of work but it would take starting your career over again to make it happen. Dallas based wedding videographers and Hollywood aren’t even in the same stratosphere, but you may be the diamond in the rough. I would say, thats a great goal. Most good things in life are difficult. The problem might be plotting out the steps to make it happen. Its going to take some guts to chase after it because you’ll have to leave your bread and butter of wedding production, but the goal is certainly large enough to offset the risk. If you want it, go for it. Follow it. Just make sure you’re constantly measuring your work against large production companies, top end directors and forget completely about wedding production services thing.

Finally, lets say once again… you’re a Dallas wedding videos guy blah blah blah. Now you want to be a world class chef. Its a great dream, but my question would be, “Why the heck are you messing around with wedding videography?” – It has nothing to do with your dreams. If you want to pursue it, you better quit now. All of the steps you’re currently taking are not in line with your dream. So either your dream is incorrect, you really just need the money, or your dream really isn’t a dream, its an idea you think is cool. If you really need the money, I can certainly understand that one.

The start of the production company

Dallas, the beginning of 2013. Corporate company marketing job. Looking very introspectively, I realized I had spent a large portion of my life planning to do something, yet never really doing anything actionable towards the goal. I was tired of it. Turned out it was really just fear of failure or of what people would think. I got to the point that year where I was so fed up with the corporate games. I stopped planning and started doing. That was the year I started House of Sticks. For the first time I was able to precisely weigh my dreams versus my current reality. At that point, I had two kids and a mortgage. I was no longer in Dallas, fresh out of college young and without any responsibility. I think all of this provided the necessary motivation for me to start my own company and provide the services I really wanted to… make high quality sports and automotive television commercials. But, I needed a runway. Something to keep me going while I started the new company.

I was working for a Dallas “technology company” in a corporate marketing department with literally no chance of a career in front of me. None at all. It was a joke. I needed to make more money with a growing family, yet I was pigeonholed to only making videos. I was just the “video guy”. No one trusted that I could make anything good, because everyone was so scared to make a mistake even amongst all the “Freedom the Fail” and “You’re the Captain of your own ship” rhetoric. My reputation was video guy, and that’s what I got paid for. And that’s when I realized the run way was right there in front of me. Why go get a new job when the one you have requires so little of you? If you want to start doing better work, start doing it! Don’t wait on someone else to give you the opportunity.

… make your dreams attainable, measurable and find the courage to forget what people will think and start doing.

The commercial productions I wanted to make weren’t necessarily in Dallas or Fort Worth or even Texas, they’re in LA. But, there are a lot of sports productions and google is certainly your friend if you’re looking to motion picture production. I needed to take advantage of the company I was with to make my dreams happen. Look at my situation objectively… It was a terrible place to be. Bad work, bad pay. I was faced with the decision of needing more money and the only way to get it was to kiss enough butt to get a promotion. No thanks. Not for a minimal increase in pay. I could pull the ripcord, quit and go into sales, but that would have taken me out of the video production company. As stated previously, I have some natural talent towards video production so I put myself out there and started doing some of those crowd sourced video production competitions. The Dallas or Fort Worth Texas location didn’t matter. It had the benefit of working with big brands and they offered prize money. However, it really isn’t an opportunity. They steal your creative for nothing. Bad idea, don’t do them. But… I almost won a few and got paid a little bit. The motivation of a coworker was all I needed to start doing more. Then I realized other people saw the same talents. So, I started a video production company. I ran it alongside my day job. It was my side hustle. My secret second job.

The side hustle got bigger and bigger and in 8 months replaced my salary (which wasn’t hard to do). It was a very small independent video production company. Solid services. Professional training films, post production etc. All from my living room recliner. I made a point to never mix company stuff with my own, so I could always say, they had nothing to do with it. (Thats a good idea FYI) After 18 months, I had stopped needing the day job, but I stuck around because, why quit? I kept pushing the boundaries until it was obvious my focus was on the side hustle. I always knew there wasn’t a future at that company, I knew it for 5 years, and at the end of the 5 years, I got laid off. One week before I was going to quit. Hah! Dreams accomplished, at least a small step, like really small step. It was like the mama bird pushing the baby out of the nest.

Films, videos and a services company.

I’ll tell you my story in hopes it will be motivation to turn your dreams into actionable goals you can tackle one step at a time. Follow. Dreams are good. They don’t have to stay dreams, start today. Write it down. Make a business plan. Something to follow. If anyone out there who is reading this and finds themselves in a similar situation of having Texas sized dreams and big aspirations but lack the guts to start the production, its possible. Just make your dreams attainable, measurable and find the courage to forget what people will think and start doing. Your corporate job doesn’t pay you enough. Companies will always be there. Your corporate company job doesn’t really offer stability. You can get laid off at any time. Your benefits aren’t that much of a benefit. There is a dollar amount that can be equated to a healthcare or 401(k) plan. Don’t ever let yourself get into a situation where you’re trading your weeks for a salary while forgetting your dreams. You can do more. 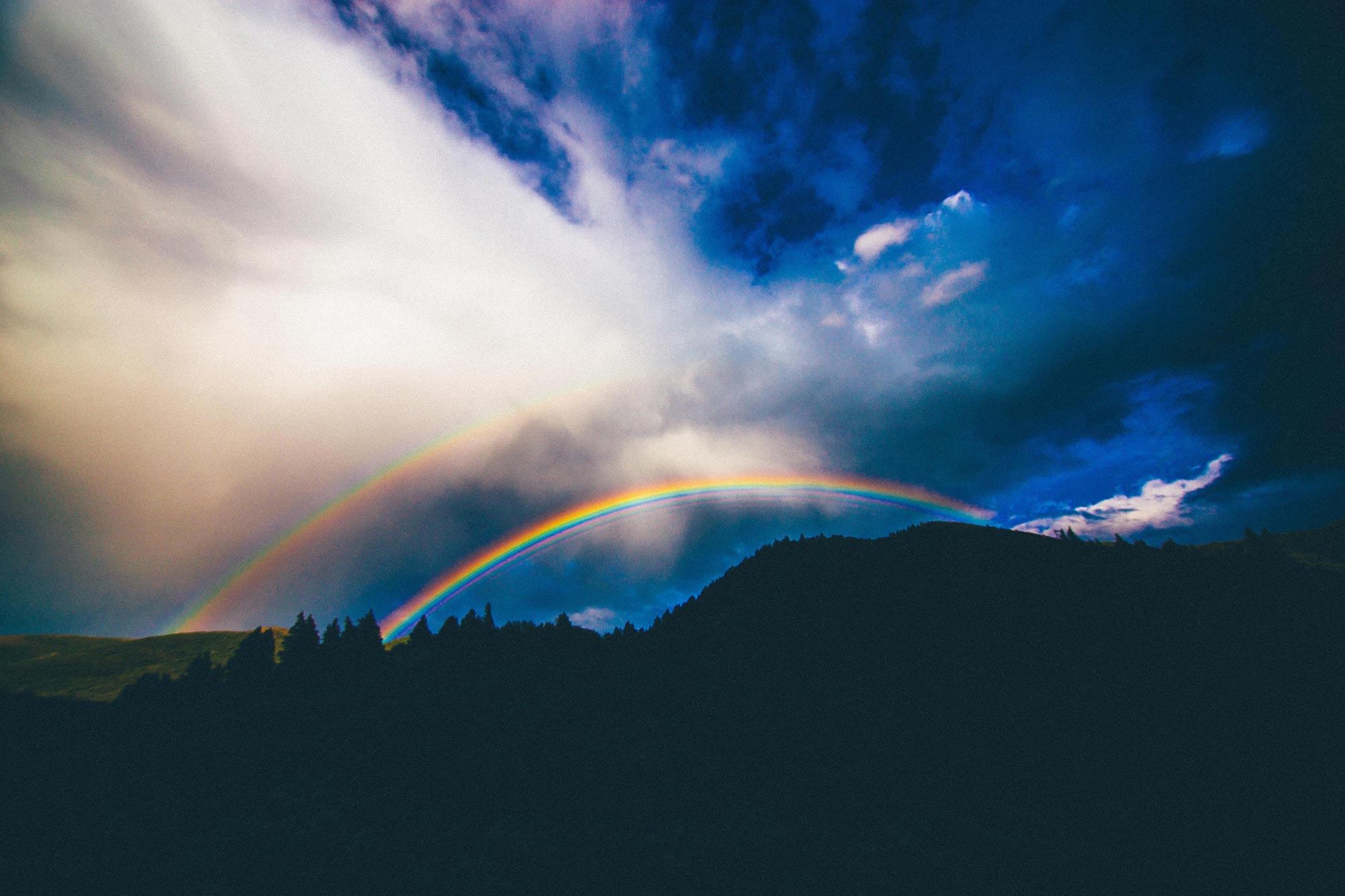 By no means have we made it. You’ve never even heard of us.. yet. But, we are going and that’s better than where we were. Hopefully, its enough to get you going as well.

The best advice I could give anyone with big dreams is to start by being introspective. Ask yourself why you have those dreams. Ask yourself what you really want out of life. Is it notoriety? Is it the end product? Is it the relationships? Is it money? Passion come out in a proof of your work. People and companies will pick up on your passions.

Make sure you’re actually passionate about your dream. Start out small. Start doing things in your life that lead up to making that dream reality. If you have things in your life that are detracting from making that dream happen, remove them. Find some friends that can walk with you. You’re gonna need a lot of encouragement along the way. Don’t settle for money. Life’s too short.

So to wrap it all up, follow your dreams. But make sure your dreams are actually the thing you want to do. Live for something bigger than yourself.